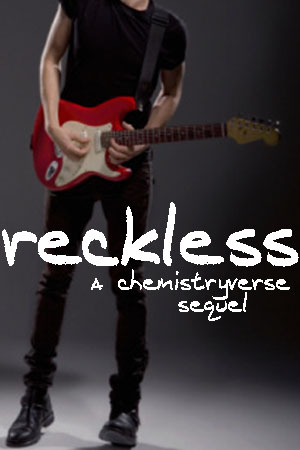 Reckless is the story of Garen's first year in recovery, and as such, I think it goes without saying that this story will be very different from Chemistry. For one, Garen's voice is quite different from Travis'; he is more graphic, more vulgar, more prone to words, sentences, and actions that may offend readers. I have written much of the story already, planned even more of it, and while I do not wish to spoil major plot details, I don't think it would be possible for me to post this story without posting a list of warnings first. Below is a list of topics or situations that will arise over the course of the story. Some of them will only be mentioned in brief conversation, some will be major plot points. Some are memories, some are full-on chapters. All readers should take this list into consideration before they make the decision to read Reckless, as I will not include warnings at the beginning of each chapter, to eliminate the risk of making the story too predictable. Be advised that any of these things may crop up at any time.
All of this being said, anyone who has read Chemistry knows that, while my stories are graphic, they are not gratuitous. I don't write porn; hell, I wouldn't even say I write erotica. Everything mentioned above will serve the development of plot or characters in some way. And, obviously, not all of these things will occur in every chapter. You'll read chapters at a time that don't feature so much as a kiss. Then, you may read a chapter that features all of the above. This is a blanket warning, intended to cover all the bases of a story that will most likely end up being upwards of 100k words. I'm only putting this all here so that people who wish to avoid one or more of these topics can feel like they're making an informed decision about reading my story.

Anything in blue font is a link, including things you see within the story. Reckless is designed to be a little bit more interactive than Chemistry. You'll find links to pictures, videos, music, and more, and I encourage you to check them out to get the full experience.

Any and all songs, song titles, band names, and lyrics are the property of their respective owners. There are no claims towards copyright being made, and I am making no profit from their usage.

A final note: I am very grateful to my friend Shay, for agreeing to beta-read this story and provide incredibly valuable feedback during my writing process.